Review: Ozzy Osbourne, "Down to Earth" 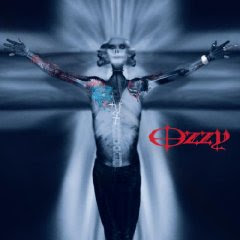 The madman is back. And this time he's brought one of the best bands he's had behind him since the early 1980s.

"Down to Earth," Ozzy Osbourne's first studio release in six years, marks the return of the always-amazing Zakk Wylde to the Ozzman's realm.

Taking a break from his own band Black Label Society, Wylde returns to his duties as Ozzy's sidekick with all of the crunching riffs and insane harmonic screams his fans expect.

Bass player Rob Trujillo (Suicidal Tendencies, Infectious Grooves) and drummer Mike Bordin (Faith No More) provide one of the most solid rhythm sections you'll find in hard rock. They're also not afraid of a good groove, as you can hear on songs like "Junkie" and "No Easy Way Out."

Trujillo and Bordin even get a chance to step to the forefront on "Can You Hear Them?," which is driven by the rhythm section.

The opening cut of "Down to Earth" announces that this album won't be like 1995's more somber and morose "Ozzmosis," which met with mixed reviews from fans. "Gets Me Through," the first single and Ozzy's tribute to his fans, kicks this album into high gear from the start with a crushing riff and a nice word play on one of his best-known songs.

"I'm not the kind of person you think I am/I'm not the Antichrist or the Iron Man," Ozzy sings. While it sounded a little vanilla to me at first, the tune is catchy and gets stuck in your head after a couple of listens.

One thing that strikes the listener quickly, though, is that Ozzy's voice isn't what it used to be.

I remember reading an interview several years ago that talked about some of the classic tunes he no longer performs live - like "Symptom of the Universe" and "Hole in the Sky," both of which were in his upper registers 30 years ago. His reply was that you'd have a better chance of getting the Pope to sing those songs than him.

Still, Ozzy compensates for his diminished range with some unique phrasings and vocal melodies on songs like "Facing Hell," "That I Never Had" and especially "Alive." The album also shines lyrically, with some clever and often thought-provoking song themes.

Even the ballads - not normally Ozzy's strongpoint - are good. The piano-driven Beatles-esque "Dreamer" puts me in mind of the slower songs on his first two solo albums, and "Running Out of Time" could be Ozzy's best ballad since the Sabbath classic "Changes."

But the star of the album may still be Wylde. Despite his best attempts to tone down his guitar work and give Ozzy the spotlight, he still shines when he's given a chance. His huge riffs pay obvious tribute to Black Sabbath without ever crossing the line into imitation.

The heavy, borderline funky riff of "No Easy Way Out" is easily the best on the album, but "Facing Hell" and "Junkie" are close behind. Wylde's guitar work lends a heavy sound to the album that will have heads banging everywhere.

The real strength of "Down to Earth" is that it incorporates all of the things that Ozzy has done best over the years. It has the raw energy of "No Rest for the Wicked" mixed with the production values of "No More Tears" and healthy doses of "Blizzard of Ozz" and "Diary of a Madman" sprinkled liberally throughout.

The madman is back - and his fans are glad to have him.